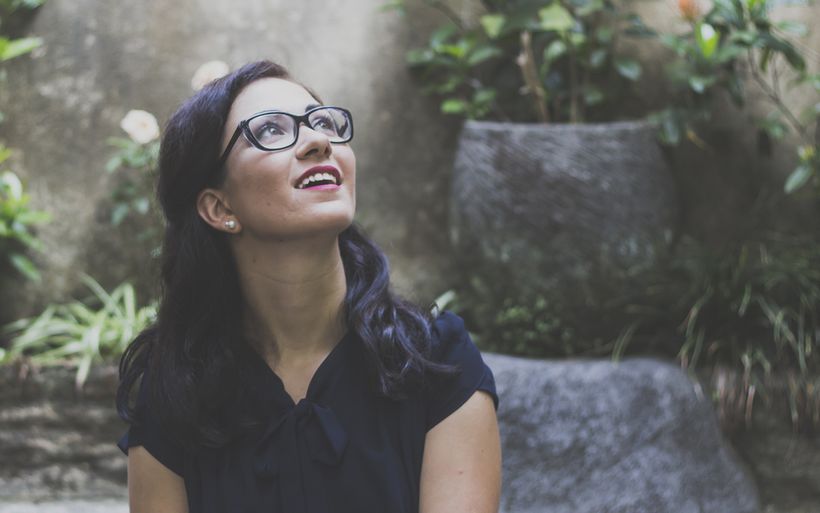 The most comprehensive case that has ever been made for why nearly everyone should become a polymath in a modern knowledge economy.

“Jack of all trades, master of none.”

The warning against being a generalist has persisted for hundreds of years in dozens of languages. “Equipped with knives all over, yet none is sharp,” warn people in China. In Estonia, it goes, “Nine trades, the tenth one — hunger.”

Yet, many of the most impactful individuals, both contemporary and historical, have been generalists: Elon Musk, Steve Jobs, Richard Feynman, Ben Franklin, Thomas Edison, Leonardo Da Vinci, and Marie Curie to name just a few.

If being a generalist was the path to mediocrity, why did the most comprehensive study of the most significant scientists in all of history uncover that 15 of the 20 were polymaths? Newton. Galileo. Aristotle. Kepler. Descartes. Huygens. Laplace. Faraday. Pasteur. Ptolemy. Hooke. Leibniz. Euler. Darwin. Maxwell — all polymaths.

If being a generalist was so ineffective, why are the founders of the five largest companies in the world — Bill Gates, Steve Jobs, Warren Buffett, Larry Page, and Jeff Bezos — all polymaths (who also follow the 5-hour rule)? Are these legends just genius anomalies? Or are they people we could and should imitate in order to be successful in a modern knowledge economy?

If being a generalist is an ineffective career path, why do 10+ academic studies find a correlation between the number of interests/competencies someone develops and their creative impact?

The Era of the Modern Polymath

“The future belongs to the integrators.” — Educator Ernest Boyer

I define a modern polymath is someone who becomes competent in at least three diverse domains and integrates them into a top 1-percent skill set.

In another words, they bring the best of what humanity has discovered from across fields to help them be more effective in their core field. Hence the T-shape below. Specialists, on the other hand, just focus on knowledge from their own field

Since Malcolm Gladwell’s book, Outliers, popularized the concept, many now believe that to become world-class in a skill, they must complete 10,000 hours of deliberate practice in order to beat the competition, going as deep as possible into one field. Modern polymaths go against the grain of this popular advice, building atypical combinations of skills and knowledge across fields and then integrating them to create breakthrough ideas and even brand new fields and industries where there is little competition.

For example, people have studied biology and sociology for hundreds of years. But no one had ever studied them together and synthesized them into a new discipline until researcher EO Wilson pioneered the field of sociobiology in the 1970s. We also have modern tech heroes like Steve Jobs who famously combined design with hardware and software.

Charles Darwin, creator of one of the most important theories in history — the theory of evolution — was a polymath too. Steven Johnson, author of Where Good Ideas Come From, brilliantly describes Darwin’s first scientific breakthrough:

The idea itself drew on a coffeehouse of different disciplines: to solve the mystery, he had to think like a naturalist, a marine biologist, and a geologist all at once. He had to understand the life cycle of coral colonies, and observe the tiny evidence of organic sculpture on the rocks of the Keeling Islands; he had to think on the immense time scales of volcanic mountains rising and falling into the sea… To understand the idea in its full complexity required a kind of probing intelligence, willing to think across those different disciplines and scales.

Why Being A Modern Polymath Is The New Normal

“Study the science of art. Study the art of science. Develop your senses — especially learn how to see. Realize that everything connects to everything else.”

Polymaths have existed forever — indeed they are often the ones who’ve advanced Western civilization more than any others — but they’ve been called different things throughout history. This timeline shows the evolution over time.

BOOK REVIEW!⠀⠀⠀⠀⠀⠀⠀⠀⠀⠀⠀⠀⠀⠀ 📚📚📚⠀⠀⠀⠀⠀⠀⠀⠀⠀⠀⠀⠀⠀ WHAT I WANT YOU TO SEE by Catherine Linka⠀ @catherine_linka⠀ 📚📚📚⠀⠀⠀⠀⠀⠀⠀⠀⠀⠀⠀ Winning a scholarship to California’s most prestigious art school seems like a fairy tale ending to Sabine Reye’s awful senior year. After losing both her mother and her home, Sabine longs for a place where she belongs.⠀ ⠀ But the cutthroat world of visual arts is nothing like what Sabine had imagined. Colin Krell, the renowned faculty member whom she had hoped would mentor her, seems to take merciless delight in tearing down her best work—and warns her that she’ll lose the merit-based award if she doesn’t improve.⠀ ⠀ Desperate and humiliated, Sabine doesn’t know where to turn. Then she meets Adam, a grad student who understands better than anyone the pressures of art school. He even helps Sabine get insight on Krell by showing her the modern master’s work in progress, a portrait that’s sold for a million dollars sight unseen.⠀ ⠀ Sabine is enthralled by the portrait; within those swirling, colorful layers of paint is the key to winning her inscrutable teacher’s approval. Krell did advise her to improve her craft by copying a painting she connects with . . . but what would he think of Sabine secretly painting her own version of his masterpiece? And what should she do when she accidentally becomes party to a crime so well -plotted that no one knows about it but her?⠀ 📚📚📚⠀⠀⠀⠀⠀⠀⠀⠀⠀ READ THE FULL POST TO HEAR OUR TAKE!⠀⠀⠀⠀⠀⠀⠀⠀⠀ ⁣📚📚📚⠀⠀⠀⠀⠀⠀⠀⠀⠀⠀⠀⠀ #bookishlove #booksofig #bookstagramfeature #bloggerstyle #nonfiction #history #nonfictionreads #books #rockstarbooktours @jaimerockstarbooktours @letstalkya @disneybooks⠀ #bloggersofinstagram⠀#hurnpublications #publisher
BOOK REVIEW!⠀⠀⠀⠀⠀⠀⠀⠀⠀⠀ 📚📚📚⠀⠀⠀⠀⠀⠀⠀⠀⠀⠀ Toxic Deception By K.C. Gillis⠀ @kcgilliswriter⠀ 📚📚📚⠀⠀⠀⠀⠀⠀⠀⠀ Strange symptoms. Bloody secrets. Can one reporter solve a medical mystery before she ends up in a body bag?⠀ Jordan Reed put her world on hold to hunt down corruption. So when the gutsy journalist gets tipped off about blood money changing hands at a pharmaceutical factory, she dives into the story. With an otherwise healthy worker dropping dead of multiple organ failure, Jordan suspects something far more sinister than a simple accident…⠀ Daring to go up against big pharma, she gains an ally on the inside and recruits two friends to join the investigation. But after a string of false leads and tight-lipped witnesses, she ties her case to disturbingly similar evidence in a medical trial on the other side of the globe. And if she doesn’t expose the lethal conspiracy soon, Jordan is terrified she and her team could be the next victims of the lethal cover-up.⠀ Can Jordan take down a greedy corporation before they sacrifice more lives in the drive for profit?⠀ Toxic Deception is the first book in the gripping Jordan Reed thriller series. If you like tenacious heroines, underdog stories, and edge-of-your-seat action, then you’ll love K.C. Gillis’s page-turning tale.⠀⠀ ⁣📚📚📚⠀⠀⠀⠀⠀⠀⠀⠀⠀ #bookstagram #booksofinstagram #XpressoTours ⠀⠀ #IGReads #bookfeauture #bibliophile #booklovers #reading #amreading #bookworm⁣ #mystery #crime #thriller #medicalthriller #bigpharma @sagesbooktours⠀#bloggersofinstagram⠀⠀ #hurnpublications #publisher
BOOK BLITZ!⠀⠀⠀⠀⠀⠀⠀⠀⠀ 📚📚📚⠀⠀⠀⠀⠀⠀⠀⠀ Possessed by JoAnne Keltner⠀ ⁣📚📚📚⠀⠀⠀⠀⠀⠀ Calling Jackie psychic makes her cringe. But Jackie’s no normal seventeen-year-old. She picks up emotions from people and objects like a freak. ⠀ The emotions make her sick, and the guilt she feels for lying to her church when she was twelve causes her to deny her psychic abilities.⠀ But when her jealous friend Trish invites a demon to help her steal Jason's love for Jackie, Jackie must learn how to use her gift to protect Jason and herself and to heal the negative energies around them. ⠀ To do so means she must overcome her guilt and accept who she is before the demon claims her soul⠀ ⁣📚📚📚⠀⠀⠀⠀⠀⠀⠀ #yareads #ya #readya #youndadult ⠀⠀⠀⠀⠀ #bookstoread #IGReads #bookfeature #booktour #bookaholic #bookshelves #bookblogging #bookphotography #bookgram #WritersOfInstagram #yaboundbooktours #bookishlove #booksofig #bookstagramfeature #bloggerstyle⠀#witchy #yaboundbooktours @yaboundbooktours⠀⠀⠀⠀ #bloggersofinstagram⠀#hurnpublications #publisher
BOOK REVIEW!⠀⠀⠀⠀⠀⠀⠀⠀⠀ 📚📚📚⠀⠀⠀⠀⠀⠀⠀⠀⠀ Australia Burns by Various Authors⠀ 📚📚📚⠀⠀ "An anthology of donated stories from authors who care."⠀ ⠀⠀⠀⠀⠀⠀ These Volumes are a true testament to what the human race is capable of when we work together instead of tear each other apart. All these authors have given their work wanting nothing in return other than the ability to help make a difference for Australia.⠀ ⠀ Please do you best to purchase one or all of these volumes. The proceeds will go to our brothers and sisters in Australia as they continue to rebuild their country.⠀ ⁣📚📚📚⠀⠀⠀⠀⠀⠀⠀⠀ #bookstagram #booksofinstagram #XpressoTours @XpressoTours#australiaburns⠀#helpaustralia #authorsforaustralia⠀ #BookBlogger #YoungAdultBooks #IReadYA⠀⠀ #IGReads #bookfeauture #bibliophile #booklovers #reading #amreading⠀⠀ #bookworm⁣ #bloggersofinstagram⠀#hurnpublications #publisher
BOOK REVIEW!⠀⠀⠀⠀⠀⠀⠀⠀⠀ 📚📚📚⠀⠀⠀⠀⠀⠀⠀⠀⠀ Soul Alchemy by Elizabeth Foley⠀ 📚📚📚⠀⠀⠀⠀⠀⠀⠀ The paintings in this book are full of vibrant colors. There are so many details in each painting that you can spend a long time on each one trying to get everything out of it that the artist is trying to say.⠀ The poetry that goes along with the paintings is also well done. It’s obvious that Elizabeth Foley is passionate about the strength of women and empowering them to become the best versions of themselves. This book is definitely down-to-earth and slightly crunchy, but the message is beautiful and the honesty of Elizabeth's voice shines through trying to reach you on a deeper level.⠀ If you're looking for inspiration through art and poetry, this book is waiting for you.⠀ ⁣📚📚📚⠀⠀⠀⠀⠀⠀⠀⠀ #bookstagram #booksofinstagram #XpressoTours ⠀ #IGReads #bookfeauture #bibliophile #booklovers #reading #amreading #bookworm⁣#poetry #art #soulalchemy @sagesbooktours⠀⠀⠀⠀⠀⠀ #bloggersofinstagram⠀#hurnpublications #publisher
BOOK REVIEW!⠀⠀⠀⠀⠀⠀⠀⠀⠀⠀ 📚📚📚⠀⠀⠀⠀⠀⠀⠀⠀⠀ The Diseased Ones by Danielle Harrington⁣⠀ 📚📚📚⠀⠀⠀⠀⠀⠀⠀ On the morning of her 16th birthday, Hollis Timewire receives the worst possible news. She can’t become a citizen of the world. She’s a Diseased One. ⠀ ⠀ Born with a biomarker that bestows dangerous, brain-altering powers, Hollis is forced to hide underground with other Diseased Ones, who believe that the government falsified history to cover up their genocide. ⠀ ⠀ Now Hollis must discover the truth, and is willing to risk anything, including her powers, to go back home.⠀⠀ 📚📚📚⠀⠀⠀ READ THE BOOK REVIEW ON OUR SITE. LINK IN BIO!⠀⠀ ⁣📚📚📚⠀⠀⠀⠀⠀⠀⠀⠀ #booktour #bookaholic #bookshelves #bookblogging #bookgram #WritersOfInstagram #mystery #murder #macabre #thriller #retelling #bookreview #bookreviews #bookishlove #booksofig #bookstagramfeature #bloggerstyle⠀#xpressobooktours @xpressobooktours⠀⠀⠀⠀⠀⠀ #bloggersofinstagram⠀#hurnpublications #publisher